I Am a Blessing-Part Two of My Cystinosis Series

I was in fourth grade at the K-12 parochial school in a small, northern town in Wisconsin. After Kindergarten, we all were divided into two to three grades per classroom. As a fourth grader, I was in a room comprised of the fourth, fifth, and sixth grades. The fifth and sixth grades were presenting their speeches on the topic of thankfulness to present to the full classroom.

A sweet girl in the fifth grade had approached me the week before to ask if she could talk
about my health for her thankfulness speech because she admired the way I kept up in school despite leaving mid-morning for daily medications and having to arrive at school later in the day due to clinic appointments. Feeling happy that an older student noticed me, I told her yes.

This was my first memory associated with how my life with rare disease was impacting other people outside of my family. What this girl actually said in her speech I no longer remember, but I still recall the flush of pride I felt that I was able to have an effect on older students. That others would want to thank God for their health after witnessing mine was their way of telling me that they admired me. Or so I felt as a child and teenager.

The summer between sixth and seventh grade I underwent kidney transplant surgery. When I returned to class that August, I was in the parochial school’s middle school classroom of seventh, eighth, and ninth graders. That summer was difficult because the transplant took eight days after surgery to work, and I experienced a mild form of kidney rejection that was able to be corrected through steroid intervention.

Not only was summer difficult, but middle school started out roughly for me because I was
still feeling ill physically and depressed emotionally after transplantation. Before the holidays were over, I was diagnosed with B-Cell Lymphoma.

Because my classmates found out a peer had cancer, the seriousness of my daily health struggles became my new reality. Rare disease is seen by community if the individuals in advocacy groups are really paying attention, but cancer in American society is ubiquitous. Grandpas and grandmas get cancer: not 12 year old girls.

This was hardest on my parents. They were told a kidney transplant could prevent early
death from the rare disease Cystinosis. Now they were faced with my life lasting three months to three years at the most because of childhood cancer as well as a cancer I most likely got from an overdose in anti-rejection medication. In 1999, the statistic was one out of every twelve transplant patients would get some type of leukemia or lymphoma.

During this time, my father kept re-reading the Biblical story of Jairus Daughter: the twelve
year old girl who Christ resurrected from the dead because of her father’s faith in God
regardless if his daughter was healed or not (Mark 5:22-43 and Luke 8:41-56). When I went into remission after four lengthy chemotherapy treatments, and still managed to keep my transplanted kidney which my mother had donated, I often heard the term “blessing” to describe my life by family and friends.

Upon returning to middle school, I began writing about my experiences in the hospital for the first time. As I entered my young teen years, I was often asked to publicly share my story whenever the youth group led the worship services at church. At this point in my life, I used the language of my parents and the older adults who I would hear talk about my life when addressing my health journey.

I began keeping a composition notebook which I filled with my feelings and thoughts
primarily about life as a teenage, Christian girl, not as a girl living with rare disease. Looking back, I was only living the blessed life of the sick from other’s perspective, not my own. From my own perspective, I wasn’t sure why I felt the way I felt or why I thought the way I thought. I fully believed I wasn’t meant to live on this earth for long, and after reading some encouraging Christian literature written by Marlene Evans about “deciding to live until I die”, I began making plans to attend Bible college and making goals to get a book published. (to be continued).

*I looked through several poems my mother kept inside a book entitled “Sometimes Miracles Hide” based on the song by Bruce Carroll. This phrasing from one poem by Morris West truly speaks to how my parents felt during my childhood and teen years and how they struggled in their faith as rare parents: “She is necessary to you. She will evoke kindness that will keep you human. Her infirmity will prompt you to gratitude for your own good fortune. More! She will remind you every day that I am who I am, that my ways are not yours, and that the smallest dust mite, whiled in darkest space, does not fall out of my hand. I have chosen you. You have not chosen me. This little one is my sign to you. Treasure Her!!”

Check out part 1 of My Cystinosis Series here. 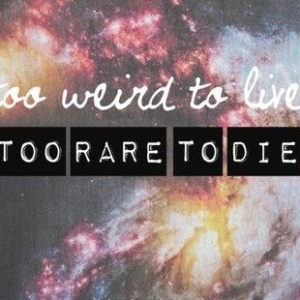