What is congenital adrenal hyperplasia (CAH)?

Congenital adrenal hyperplasia (CAH) is a group of inherited genetic disorders that affect the adrenal glands, which are walnut-sized organs above the kidneys that help regulate metabolism, the immune system, blood pressure, and other essential functions. Someone with CAF lacks an enzyme that the adrenal glands use to do these vital jobs, in turn affecting the production of steroid hormones, such as cortisol, testosterone, etc.

In 95% of cases, CAH is caused by a lack of the enzyme 21-hydroxylase, but there are also other much rarer enzyme deficiencies that can cause the disease.

CAH is inherited in an autosomal recessive pattern.

What are the symptoms of congenital adrenal hyperplasia (CAH)?

There are two types of CAH: classic CAH and nonclassic CAH. Nonclassic CAH is more mild and common and may not even become evident until childhood or early adulthood. Its symptoms include:

Classic CAH, on the other hand, is more severe and usually detected in infancy. Its symptoms include:

CAH can be diagnosed prenatally by an amniocentesis test or a chorionic villus sampling test, in which either fluid from the womb or cells from the placenta, respectively, are removed and examined.

After birth, all newborns in the United States are screened for classic CAH. Otherwise, a CAH diagnosis includes the following:

What treatment options are available for congenital adrenal hyperplasia (CAH)?

Although there is currently no cure for CAH, proper treatment and monitoring can allow patients to lead somewhat normal lives. Some treatment options for CAH include:

Where can I find more information on congenital adrenal hyperplasia (CAH)? In the United Kingdom, the Medicines and Healthcare products Regulatory Agency (MHRA) regulates medication, transfusion components, and medical devices, making sure they meet safety and 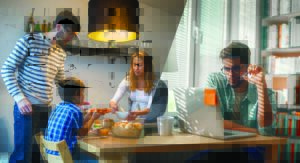 Acknowledgment: This story is sponsored by Neurocrine Biosciences and is promoted through the Patient Worthy Collaborative Content program. We only publish content that embodies our 11-oxyandrogens Can Be Used as CAH Biomarkers

How can researchers diagnose and study disease progression if typical biomarkers are unavailable or inconclusive? This very issue arose during a study on congenital adrenal Partnership Will Bring Alkindi for CAH to China

In 2018, China declared congenital adrenal hyperplasia (CAH) to be a rare disease, and it is estimated to affect 1 in every 6084 Chinese According to a story from Malvern Daily Record, the biopharmaceutical company Millendo Therapeutics, Inc. recently released data from its phase 2b clinical trial. This study According to a story from Healio, the results from a recent phase 2A clinical trial have demonstrated the effectiveness of an experimental drug in treating

Some promising news for the congenital adrenal hyperplasia (CAH) community! Spruce Biosciences is one step closer to a treatment for CAH after new phase 2a