What is congenital diaphragmatic hernia (CDH)?

Congenital diaphragmatic hernia (CDH) is a rare condition that is characterized by a defect in the diaphragm. The diaphragm, which is made up of muscle and fibrous tissue, separates the organs in the abdomen from those in the chest. An absent or partially formed diaphragm results in an abnormal opening (hernia) that allows the stomach and intestines to move into the chest cavity and crowd the heart and lungs. This crowding can lead to underdevelopment of the lungs (pulmonary hypoplasia), potentially resulting in life-threatening breathing difficulties that are apparent from birth. CDH cases are often classified by their position. The two most common are:

What are the symptoms of congenital diaphragmatic hernia (CDH)?

Symptoms of Bochdalek CDH include: A baby born with a Morgagni hernia may or may not show any symptoms, but if shown, the symptoms are similar to that of Bochdalek hernias.

While it is currently unknown exactly what causes CDH, scientists believe that multiple genes from both parents, as well as a number of environmental factors, play a role in the onset of the condition.

Examination in infants with congenital diaphragmatic hernias include the following observations: In addition, tests to confirm a diagnosis of CDH include:

What are the treatments for congenital diaphragmatic hernia (CDH)?

Medical therapy in patients with congenital diaphragmatic hernia is directed toward optimizing oxygenation while avoiding barotrauma. This management includes the following: Surgical procedures can also be used to fix the abnormally-formed diaphragm, alleviating many of the associated symptoms and complications.

Where can I find out more about congenital diaphragmatic hernia (CDH)? Morgan’s Story: Building and Sharing My Understanding of CDH and Pulmonary Hypertension 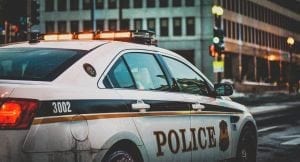 “The Boy with the Turquoise Ribbon” Helps Families Understand CDH