What is mantle cell lymphoma (MCL)?

Mantle cell lymphoma (MCL) belongs to a group of diseases called non-Hodgkin’s lymphomas, which are related cancers that affect the lymphatic system. Specifically, MCL is a B-cell lymphoma that develops from cancerous lymphocytes (white blood cells) within a region of the lymph nodes known as the mantle zone. These cancerous lymphocytes result from errors in the production of the lymphocyte itself or errors in the transformation of a lymphocyte into a malignant cell. They can then multiply uncontrollably, leading to enlargement of specific lymph node regions, spreading to other parts of the body, and potentially resulting in life-threatening complications.

Doctors are unsure of why people develop MCL, but they believe that most people who have MCL and other cancers that affect B-cell lymphocytes share some kind of gene mutation that triggers the release of the cyclin D1 protein, which is in charge of cell growth. Too much of this protein causes the uncontrolled growth of B-cells, characteristic of MCL.

What are the symptoms of mantle cell lymphoma (MCL)?

Many people with MCL are asymptomatic during the early stages of the disease, but persistent swelling of certain lymph nodes, usually within the neck and throat region, but also at the elbows, shoulders, and in the chest, is usually the first sign of MCL. In addition to this inflammation, affected individuals may have a series of “non-specific” signs and symptoms, such as the following: If MCL spreads to the brain and the spinal cord, it may cause different symptoms that could include:

After a thorough clinical examination to feel the lymph nodes and a detailed patient and family history, a healthcare provider will use several tests to diagnose MCL. These include:

What are the available treatments for mantle cell lymphoma (MCL)?

Usually, treatment for MCL will begin immediately following diagnosis and staging of the cancer. However, if a patient is asymptomatic and has a slow-growing form of the cancer, a doctor will hold off on prescribing treatment until the lymph nodes enlarge and other symptoms develop. Once the patient is ready to start treatment, he/she may have to undergo any combination of the following: Recently, the FDA has also granted priority review to a treatment for patients with previously treated mantle cell lymphoma: acalabrutinib. Researchers project that this treatment will be a crucial option for patients with life-threatening strains of this blood cancer.

Where can I find more information on mantle cell lymphoma (MCL)? 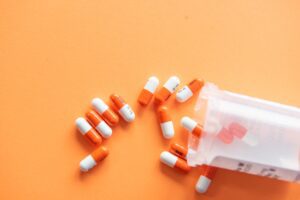 BRUKINSA for MCL Approved in Russia Study: Zanubrutinib as a Treatment for R/R Mantle Cell Lymphoma