What is spinocerebellar ataxia (SCA)?

Spinocerebellar ataxia (SCA) is a term referring to a group of hereditary conditions that occur when parts of the nervous system that control movement are damaged (i.e. “ataxias”). These cause degenerative changes in the movement control part of the brain, and sometimes in the spinal cord, as well.

There are many different types of SCA, and they are distinguished based on the particular mutated gene that is responsible for the condition.

What is the cause of spinocerebellar ataxia (SCA)?

What are the symptoms of spinocerebellar ataxia (SCA)?

All types of SCA are characterized by a progressive incoordination of walking. Even though other symptoms of the condition may vary by type, they are generally similar and are characterized by other movement problems that tend to get worse over time. These include an irregular gait, hand-eye coordination impairment, and involuntary eye movements. In addition to these, patients with SCA may also have abnormal speech, vision problems, and difficulty processing, learning, and remembering information.

How is spinocerebellar ataxia (SCA) diagnosed?

Genetic testing is available for different types of genes that are known to cause SCA. This testing can confirm a diagnosis if someone exhibits the signs and symptoms of the disease.

However, since some types of SCA have not yet been attributed to a specific gene mutation, imaging tests such as CT scans and MRI scans can also be used in the diagnosing process.

What treatments are available for spinocerebellar ataxia (SCA)?

Currently, there is no known cure for spinocerebellar ataxia, so the best treatment options are focused on managing the symptoms of each individual type and case. With this being said, physical therapy can reduce ataxia in patients, and special devices like crutches or wheelchairs can assist in patient mobility.

Where can I find out more about spinocerebellar ataxia (SCA)? GeneDx is Expanding Genetic Testing for Forms of Hereditary Ataxia 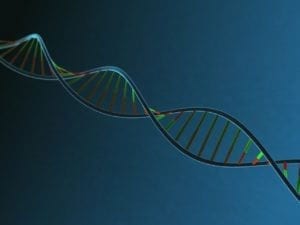 After Civil War Drove Her From Her Homeland, She Went on to Discover the Genes Causing Spinocerebellar Ataxia and Rett Syndrome Alzheimer’s Disease: A Long Journey and Another Step Forward