What is Waldenstrom macroglobulinemia (WM)?

Waldenstrom macroglobulinemia (WM) is a type of lymphoma, i.e. a cancer that starts in the immune system blood cells known as lymphocytes. WM starts in a type of white blood cell called a B lymphocyte, which helps the body fight off infections and disease. In WM, the cancerous cells create large amounts (a macroglobulin) of an abnormal version of a protein antibody called immunoglobulin M (IgM). As the cancer cells increase, they build up and crowd out normal red blood cells, making blood thicker than normal (called hyperviscosity). WM is rare. It accounts for approximately 1-2% of all blood cancers. Worldwide, there are approximately five cases of WM per one million persons each year. It most commonly affects white populations and is almost twice as common in men than women. The chance of developing WM goes up with age, as most cases are diagnosed in people in their mid-60s.

No one really knows what causes WM. It is not contagious and can’t be passed on to other people. In most cases, people who develop WM have a slowly-progressing condition called “monoclonal gammopathy of unknown/undetermined significance” (MGUS) which progresses into WM over time. That being said, recent studies have shown that ~ 9 out of 10 times, WM cells have a mutation in a gene known as MYD88. The DNA mutation in this gene may potentially make cause it to stay “turned on” all of the time, making the WM cells survive longer than they normally should.

What are the symptoms of Waldenstrom macroglobulinemia (WM)?

Many people have no symptoms at all, and WM is ultimately detected through a routine blood test. But as abnormal B cells fill up bone marrow or collect in the lymph nodes, spleen, or other body parts, symptoms become more common. These most commonly include:

How is Waldenstrom macroglobulinemia (WM) diagnosed?

If a discussion of your health leads your doctor to suspect you have WM, blood tests, a bone marrow biopsy, and imaging tests (i.e., CT, PET, MRI scans) can help confirm a WM diagnosis.

How is Waldenstrom macroglobulinemia (WM) treated?

Often the first approach to treatment for a slowly-progressing cancer such as WM is “watching and waiting”—your doctor will monitor you closely and begin treatment when progression makes it necessary. After this threshold has been passed, treatments include:

Where can I find more information about Waldenstrom macroglobulinemia (WM)? Waldenström’s Macroglobulinemia: The Latest in Signs, Symptoms, and Diagnosis 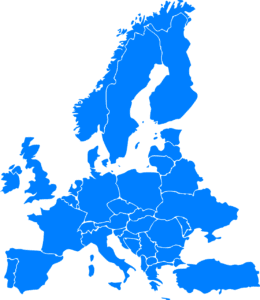 New Treatment for WM Could Soon be Approved in the EU 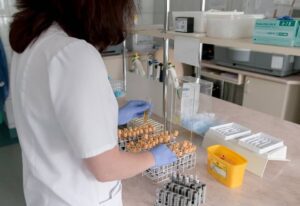