Home » Guttate Psoriasis » The Risky Causes and Factors of Psoriasis

You take care of your skin to make it look flawless and healthy. Despite such efforts, your skin can catch disease without you being aware of it. One such disease is Psoriasis. It can turn your skin cells into type-A overachievers. In simple language, it means your cells grow approximately five times faster than your normal skin cells. Thereby, it builds a pile of sloughing off, making thick, flaky, itchy patches. Many people having this skin condition initially ignored it for the month and later realized it when it gets severe. Then, they have to go through the whole Psoriasis treatment in London. So, it is advisable to keep track of your skin health. This article will brief you about the causes and risk factors of Psoriasis to make you aware of the disease.

Did you know that your genes are responsible for your eye and hair colour? However, some genes in the body are in action for certain times. In case you are feeling something wrong with your immune system, it is signaling you of getting affected by Psoriasis. At such times, your system instead of protecting your body it promotes outgrown of skin cells and inflammation. According to a study, 10 in every 100 people consist of genes which can induce Psoriasis easily but only 2-3 gets it.

This disease is more likely to happen or start building at the time of puberty. Also, it can happen during menopause. During pregnancy, Psoriasis’s symptoms might get clear, but this could come back when the baby’s born. Thereby, it can cause major hormonal changes in the body.

If you are consuming a lot of alcohol, you are certainly at the risk of catching symptoms of Psoriasis. Also, in case you are dealing with the treatment of this disease, alcohol can lessen the effect of the medication. So, in any case, simply avoid alcohol consumption.

Some of the medications are not meant for Psoriasis patients. For instance, Lithium which is used to treat bipolar disease and other mental illnesses and Antimalarial medicines like chloroquine, hydroxychloroquine, and quinacrine are not prescribed to Psoriasis patient.

HIV patients having Psoriasis suffers a lot in their starting stage but, eventually, it gets better after some treatments. Due to a weak immune system of such patients, there are high chances of developing an inflammatory condition like Psoriasis.

It is bizarre but with a bug bite, infection, cuts, scrapes, and too much scratching can also induce such condition. As many people do not pay heed to such small exposure to infection, it gets worse and attracts skin issues like Psoriasis.

In case you are suffering from Psoriasis, a little sunlight is good but too warm rays can prove dangerous. Direct exposure to UV rays can be extremely harmful to the Psoriasis exposed area. So, a bad sunburn can worsen your condition.

Smoking is another reason that can attract Psoriasis. Moreover, having relatives with the same disease will enhance the chances of you catching the same. If you have the habit of smoking, quit else it won’t help you to get rid of the symptoms.

You can keep in mind the above factors in general as well as after catching Psoriasis. Moreover, if you have even the slightest doubt of disease immediately consult a doctor expert in skin tag removal clinic and other skin condition. This disease can also occur due to the reaction of some other treatment or condition. So, before taking any medications make sure its content is suitable to your body. 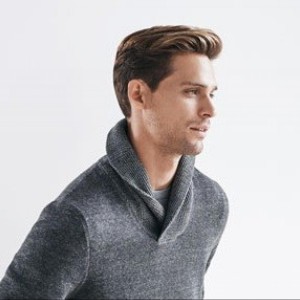 Russell is a talented man with a keen eye to observe and analyze things around him. He loves to write about almost everything he is currently dealing with. Russell has a very interesting writing style. He loves travelling and meeting new people. And learn about their culture and way of life. Every piece of his writing is surprising and refreshing.