According to the American Journal of Managed Care (AJMC), the US Food and Drug Administration (USFDA) has approved Pexidartinib (Turalio) drug as first targeted therapy to treat symptomatic Tenosynovial Giant Cell Tumour (TGCT), which is one of the rare and debilitating tumours affecting the joints.

Turalio is the first drug approved by the US FDA for treating TGCT patients who have functional limitations and morbidity and are unresponsive to surgical interventions. Usually, patients with localized TGCT, with the benign stage of the tumour, recovered fully with the surgery that removed the tumour successfully. But, patients with a diffused type tumour are not suitable to undergo any surgery, hence needed an additional treatment to ease the symptoms. Such patients would now get relief with the drug Turalio which treats the disease by knocking down the protein called “colony-stimulating factor 1 receptor kinase (CSFR1R)” which is responsible for the development of the tumour.

The drug is supposed to be taken orally by the patients where it will act on the TGCT cells helping to reduce the size of the tumour.

According to the results from the phase 3 multicentre clinical trials, 120 patients with TGCT participated in the trial and were given randomized controlled (drug) and placebo in the ratio 1:1. Out of 120 patients, 59 received a placebo treatment. The overall response rate (ORR) was checked at the end of the 25th week. Based on the results, the patients with controlled study showed 38% positive endpoint tumour response, 15% of complete response rate, whereas placebo-treated patients showed 0%.

FDA also stated that they have shared warning information to instruct the healthcare provider and the patients about the risk of serious and potentially fatal liver injury (Cholestatic Hepatotoxicity). Healthcare professionals should perform liver tests before staring the Turalio drug treatment and also during the treatment. This will help the healthcare providers to understand whether the treatment needs to be continued or to be withheld based on the liver function test. To know more, click here.

Intake of Turalio drug can cause adverse side effects like increase in aspartate aminotransferase (enzymes present in the liver and the muscles), lactate dehydrogenase (proteins that help to produce energy in the body), alanine aminotransferase (enzyme present in the kidney and the liver), alkaline phosphatase (enzymes present in the cells of the liver and the bone) and cholesterol. Apart from this, other side-effects include loss of hair colour, decreased white blood cells, haemoglobin, lymphocytes, phosphate, dysgeusia and also it causes a rash.

FDA also suggests healthcare providers to encourage the women patients to use contraception who are in their reproductive age, during the course of treatment. Breastfeeding and pregnant women should avoid Turalio treatment as it can cause serious health issues in the new-born and the fetus. Not all pharmacies are eligible to prescribe the drug as the doctor needs to go through the certification procedures before advising it.

Symptomatic tenosynovial giant cell tumour (TGCT) is also known as pigmented villonodular synovitis (PVNS). It is a rare non-malignant tumour that doesn’t spread to other parts of the body. The disease affects the thin layer of the tissues covering the tendon sheath and joint space (Synovium) making both to overgrow and thicken, thereby causing damage to the surrounding tissues. The patients will have severe pain in the joints with restricted joint movement. Among such patients, surgery is the only treatment option available. Based on the past records, a few patients might respond to the surgery while many others might report of relapse even after the procedure.

In such a scenario, the FDA has made an important breakthrough in the treatment and improvement of patients’ lives who suffer from this rare disease. The Pesidartinib oral therapy can be one of the best treatment options to inhibit CSFR1R, aiding the patients in getting relief from the disease.

Tenosynovial giant cell tumour (TGCT) can occur in men and women of any age. The disease is predominantly seen among women than in men. The TGCT disease mostly develops in the wrist, ankle, foot, knee and rarely, it attacks hip, jaw, shoulder or elbow. Joint swelling with pain is the early symptom seen among patients but a few have also reported of experiencing “catching or locking sensation” in the joints.

What are your thoughts on these findings? Share your stories, thoughts, and hopes with the Patient Worthy community! 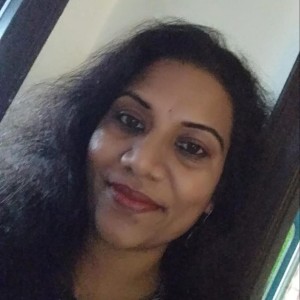 Lakshmi Krishnanunni: She holds M.Sc., M.Phil in Biochemistry and has strong proficiency in the areas of Immunology, Biomolecules, Cell biology, and Molecular biology to name a few. She has more than 10 years of Research experience in the field of medicinal plants research and Nanotechnology. Her expertise in research has greatly assisted in writing medical, health and research articles. As a writer, she aims to provide research-based information to the readers in more detail.