Mission: “ANGEL AID is a global nonprofit network that provides personal connection and
emotional support to Rare Mothers who feel isolated and overwhelmed so that they
experience compassion and relief.”

History: Established in 2000, A Nonprofit Group Enriching Lives [ANGEL AID} was formed as a
fundraising organization by Cristol Barrett O’Loughlin. As a young girl, Cristol’s family spent
decades living with the diagnosis and demise of her three older brothers. Randy, David and
Jared passed away at 12, 18, and 19 from the rare genetic disease Mucopolysaccharidosis
(MPSII), also known as Hunters Syndrome.

ANGEL AID was originally formed to raise funds for the National MPS Society in the hopes of
finding a cure for MPS disease. Joined by a dedicated, empathetic group of UCLA Pi Beta Phi
sorority sisters, Cristol and her Angels hosted a series of fundraisers. including Wishcraft
(Halloween) and Wishes With Wings (Holiday) in Los Angeles, San Francisco and New York.
In 2003, ANGEL AID was awarded Partner of the Year for funding significant MPS research
grants – the same year Dr. Emil Kakkis and BioMarin received FDA-approval for Aldurazyme –
the first treatment for MPS disease.

For the next two decades, Cristol continued to host ANGEL AID fundraisers as the Rare
Disease community strengthened and organized – in large part through organizations like
Global Genes and NORD (National Organization for Rare Disorders).

Yet for all the scientific advancement, there are still no cures for the nearly 8000 rare diseases
and only 5% have treatments. In fact there are 350 million people worldwide with rare
diseases and half are children. A third of these children won’t see their 5th Birthday. The
caregiving burden on rare families is unimaginable, particularly for mothers. Cristol has
witnessed this first-hand with her own mother, Phyllis.

In 2018, ANGEL AID was incorporated as a 501(c)3 organization with the purposes to source
research, relief and inspiration for mothers of children with rare diseases.

To hear stories of inspiring Rare Mothers and their coping tools for self-care listen to Cristol’s
TEDx talk “Caring for the Caregivers”. A recent article in Medical Express reminded readers that our DNA goes back many generations, yet it was possible for a genome archeologist to call At the very core of genetic diseases are – well, our genes. However, each year, an estimated 400,000 infants are born with de novo mutations, or new Retevmo Approved for Treatment of Genetically-Mutated Lung and Thyroid Cancers The Importance of the Genetic Code and Genetic Testing

Over the course of the past nineteen years, scientists were able to successfully map the entirety of the human genome and there have been great According to a report by BioSpace, the United Kingdom’s National Institute’s of Health (NIH) recently diagnosed 31 conditions that were not previously recognized. The results 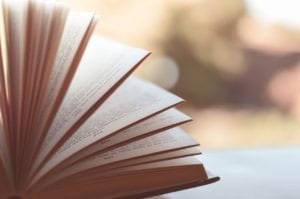 Rare disease began shaping acclaimed photographer, Karen Haberberg‘s family years before she was born. Her parents had given birth to her older brother, who was diagnosed