Home » Dystonia » Do You Live in Protection Mode Because of Your Pain?

Do You Live in Protection Mode Because of Your Pain?

Most of us have heard of the fight-or-flight stress response. It becomes activated when we believe there is a chance we can outfight or outrun real or perceived danger and stressful situations. It is a built in survival mechanism that responds to a threat. Unfortunately, the body can also react in the same way to stressors that are not life-threatening, such as traffic jams, financial pressure, family difficulties, pain and other health conditions. In other words, anxiety is prevalent among all age groups, probably more so now than ever before.

When I was researching the topic of stress for my 2 books, Diagnosis Dystonia: Navigating the Journey, and Beyond Pain and Suffering: Adapting to Adversity and Life Challenges, I learned that stress experts have added the word “freeze” to the fight-or-flight stress response, with respect to the fact that instead of fighting or fleeing, we might sometimes freeze (like a deer in headlights) in painful or traumatic situations. This is very intriguing to me as it relates to dystonia and other chronic conditions, especially those that involve pain.

The freeze response differs from fight-or-flight in that it gets activated due to an inability to take action (like a mouse trapped in a corner by a cat). One feels helpless to fight or flee the threatening, painful, or stressful experience, so it freezes. The body becomes both tense and paralyzed at the same time. As illustrated in the photo below, uncertainty, powerlessness, and avoidance are characteristics used to describe the freeze response, the same words many of us use to describe how we often feel.

Think about the common symptoms of dystonia and pain which include contractions, stiffness, and rigidity. Out of fear of worsening our symptoms, many of us live in “protection mode” where we consciously restrict our movements (to the best of our ability) to try and decrease pain and/or involuntary body movements. Some people also do this to try and hide their symptoms from others, which can be more exhausting than just letting their body do what it wants. Often, without knowing it, we also forget to breathe, which can have dire consequences. Shortened chest breathing can promote a host of health issues and keep us caught in fight/flight/freeze mode and prevent healing.

Purposely restricting our movements, avoiding activities and life events that may increase our symptoms, not breathing rhythmically, and holding ourselves in postures to try and prevent further pain and involuntary movements is very similar to the freeze response, which adds more stress than already exists.

Since relaxation and healing are prevented when the freeze response is active, we must instead do activities that engage the parasympathetic nervous system, the part of the nervous system that conserves energy by slowing the heart rate and relaxes muscles. It also breaks the cycle of anger, fear, worry, and pain, making us more susceptible to healing.

These activities include relaxation and breathing exercises, TRE (Trauma Releasing Exercises), EFT (Emotional Freedom Technique), Tai Chi, Qi Gong, yoga, massage, acupuncture, counseling/therapy, aerobic exercise, dance, biofeedback, and many other therapies and practices. Doing whatever you can to engage the parasympathetic nervous system is important because it is only when the body finds relaxation can it reverse the damaging effects of stress and anxiety. In other words, living in conscious protection mode can do more harm than good. 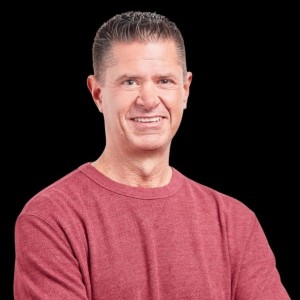 Tom Seaman is a Certified Professional Life Coach in the area of health and wellness, and author of 2 books: Diagnosis Dystonia: Navigating the Journey and Beyond Pain and Suffering: Adapting to Adversity and Life Challenges. He is also a motivational speaker, chronic pain and dystonia awareness advocate, health blogger, volunteer for the Dystonia Medical Research Foundation (DMRF) as a support group leader, and is a member and writer for Chronic Illness Bloggers Network.To learn more about Tom, get a copy of his books (also on Amazon), or schedule a free life coaching consult, visit www.tomseaman.com. Follow him on Twitter @Dystoniabook1 and Instagram.